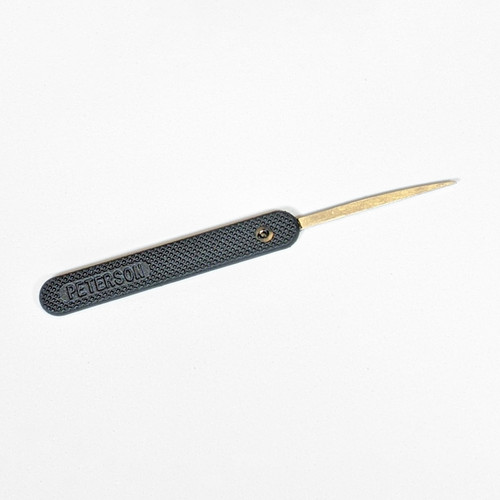 Similar in appearance to the Peterson Mini Knife, a casual glance by the untrained individual might only suspect a difference of handle color between the former tool and this Peterson Bypass Knife.  But those items are quite different, as a user can immediately tell when handling them.

The Peterson Bypass Knife is made of stiff steel in 0.025" thickness resulting in a rigid, unbending tool that can attack the rear side of many unshielded lock products by reaching through the keyway and interacting with locking dogs and latch plungers from the inside.  Often thought of as the "filing cabinet lock popper" this tool can also attack a surprising number of conventional padlocks as well as, in particular, shutter style a.k.a. coupler latch padlocks such as the Master 605 series.

Similar tools are sold with names such as "shank" and "quick stick" but this listing is for the original and top quality genuine Peterson Bypass Knife.