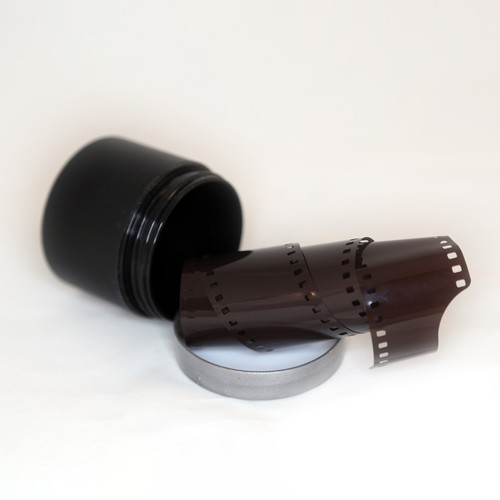 Anyone who has ever seen the "over door attack" against lever-style door handles (which is very similar to an under-door attack, but instead of using a rod to deliver line to the handle, thin cellulose acetate film is used) will often be surprised at how simple such and effective this tactic can be.  And unlike the size and bulk of an under-door-tool, a roll of film is compact, non-metallic, and easily abandoned without looking suspicious in the trash.

However, many people are quick to point out... film isn't nearly as ubiquitous as it once was in our society.  Camera film in a photography shop is expensive and often not long enough to be effective.

This small plastic canister of film is 15' in length and priced to be nearly disposable.  And, instead of using a dark colored material which can stand out in some circumstances, Red Team Tools has switched to offering rolls of totally clear mylar which can be deployed and manipulated without arousing as much suspicion or notice on security camera footage and often can escape the glance of others in the vicinity if they are not especially close to the door being attacked.