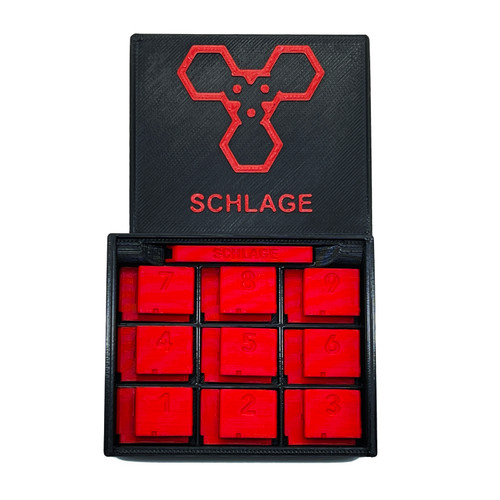 To those who do not know of the history of the Pak-A-Punch, by the
way... that tool was the brainchild of Ricky Lee King (and his
collaborator Rob Robinson, both from Richmond, VA) who was the main
individual behind A-1 Security Manufacturing.  With multiple patents to
his name, his contribution to the locksmithing world was immense and his
passing leaves a significant void in our industry.  When Mr. King passed
away, the A-1 company appeared to die along with him.  Thus, the
Pak-A-Punch is no longer available.

A number of improvised and ersatz hacks to replace it have been kludged
together in the past, but here at Red Team Tools we wanted to offer
something a bit more robust and functional than what's been put out
there in the past.  None of us could likely ever replace the
Pak-A-Punch, but this small set of guides that attach to the Lishi Key
Cutter helps us come close, perhaps!

By attaching these printed guide blocks to the front end of a pair of
Lishi Key Nipper Pliers (also sold here on Red Team Tools) you can make
calibrated cuts to your key blade at the proper manufacturer bitting
depths for Schlage systems.  (It is nearly impossible to make an
accurate 0-depth cut on a key blade using Lishi Nippers so we recommend
that users start with 0-bitted, pre-scored key blanks during this
process.  Such keys will also help to ensure that your cuts are made at
the proper position laterally along the blade.)

Additional description and demonstration of the use of these Key Cutter
Guides can be seen in this video here...


Many thanks to Tony Virelli for his help with bringing this design to
life and getting the first prints made while we tested and refined this
product!